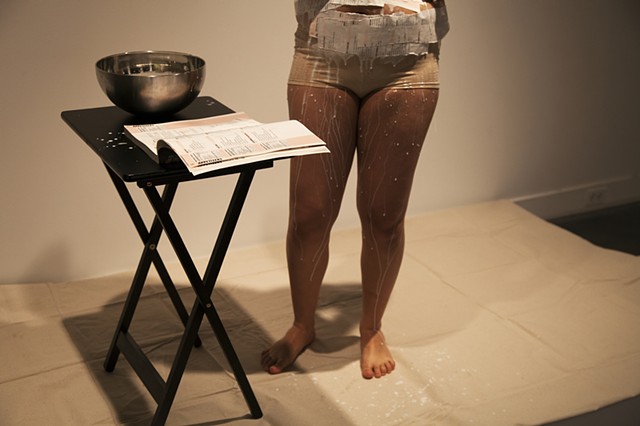 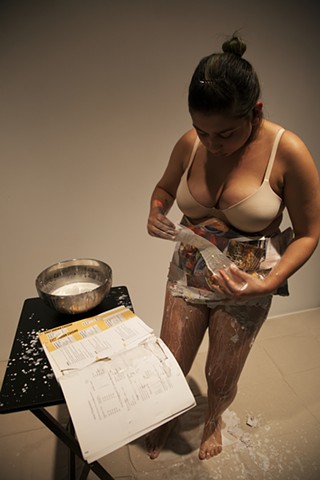 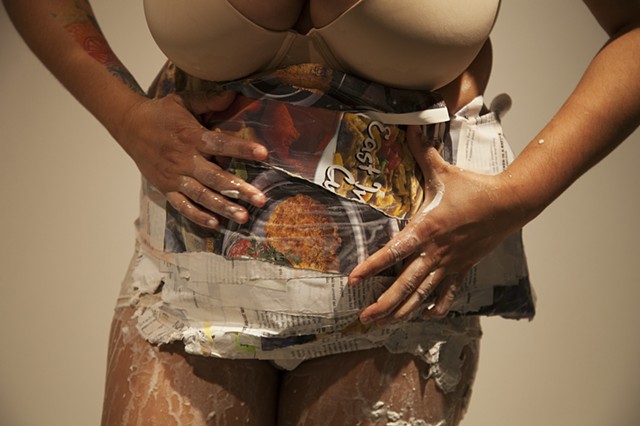 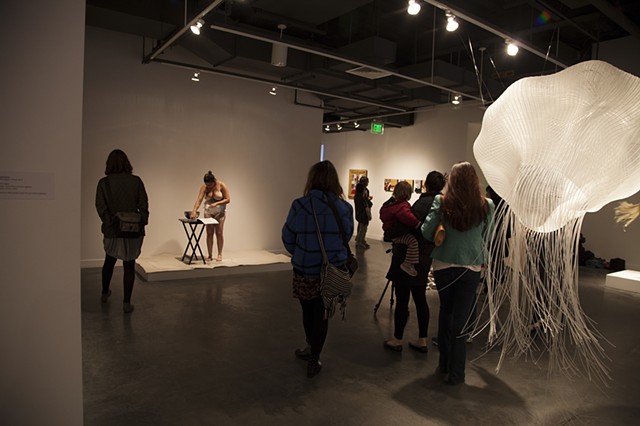 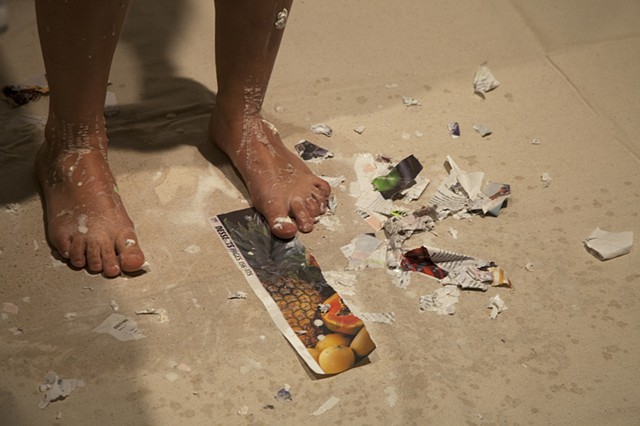 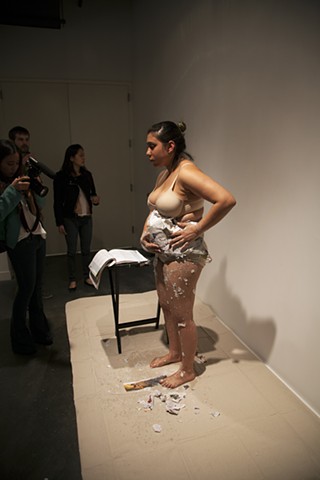 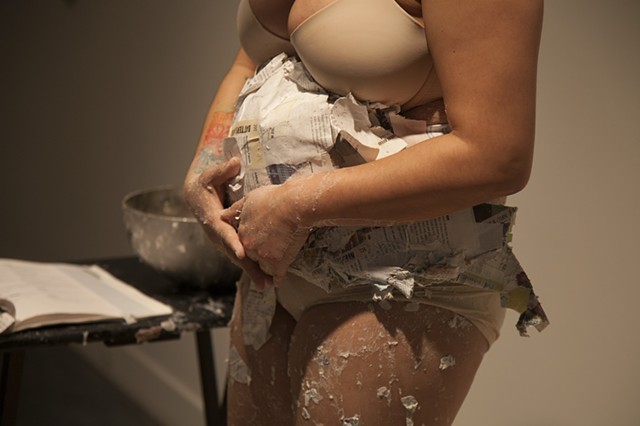 ‘Hystera’ is an hour and thirty-minute-long performance in which I tear strips out of the Naparima Girls’ High School Cookbook and papier-mâché them to my stomach. The Papier-mâché eventually gets built into a faux pregnancy appendage, with glue and clumpy bits of paper streaming down my thighs and legs.

With every trip back to Trinidad, my mother received a copy of the Naparima Girls’ High School Cookbook from friends and family. It was and still is a staple of Trinidadian homes, but in my mother’s case, it was a symbol of her culinary inadequacies.

The root word of hysteria is ‘hystera’. It is built from the Greek word for ‘uterus’. In the construction of this work, I was considering the connection between my own failing mental health resulting from rape and the piles of Naparima Girls’ High School Cookbook’s on my mother’s bookshelf at home. Where my matrilineal family thought of this cookbook as a way to fix my mother’s lack of Trinidadian cooking skills, I considered it as a tool to patch my broken womb.

'Hystera' was performed live at the Gelman Gallery (Providence, USA) in 2013 as part of a group exhibition titled 'Body: Talk'. It was curated by Namwoo Bae and Ahrong Kim.